ALEF seeks to strengthen the respect and fulfillment of human rights as a cornerstone of social, economic, and political development. By embracing a comprehensive approach to monitor, defend, and educate on human rights, ALEF aims to complement and gear all efforts towards the achievement of an influential human rights constituency, and the realization of a durable peace. 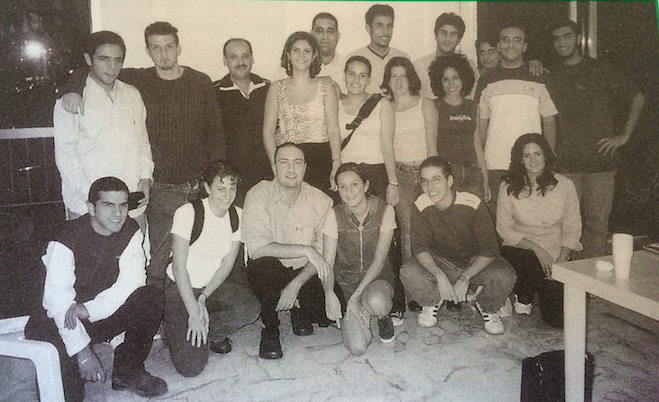 ALEF – Act for Human Rights is a Lebanese non-profit, non-partisan human rights watchdog organization that works on documenting, and promoting human rights violations and values in Lebanon. It first came together in 1996 when a group of like-minded activists, after witnessing the deteriorating human rights situation in Lebanon and the role that mobilized youth should play in creating social change, began to volunteer with the support of Paris-based INGO Nouveaux Droits de l’Homme and under the name of Nouveaux Droits de l’Homme – Liban (NDH Liban). The group took the lead in documenting human rights abuses and reporting on thematic violations in Lebanon. NDH-Liban, released a series of annual reports on the human rights context in the country and issued press releases and urgent appeals on a myriad of topics such as enforced disappearances, torture and freedom of expression. Security crackdown on NGOs and human rights defenders in Lebanon encouraged the group to partner with other local and international organizations to work towards improving the human rights record in Lebanon.

In addition to monitoring the human rights situation, the team was also engaged in human rights education and pioneered the development of different training modules for different audiences, including schools, universities, Scout movements, and other activists. Between 2000 and 2003, the group worked on several other projects, notably “Ana Mouaten” (I Am a Citizen) in Roumieh Prison, and the establishment of human rights clubs in schools (3D).

These experiences marked important milestones and fortified the role of NDH Liban as a leading human rights organization in Lebanon, most notably through its work with the Lebanese Association for Democratic Elections (LADE) on the 2000 parliamentary elections. The work led to breakthroughs in the monitoring of the electoral process, and led to the publication of reports identifying gaps and concerns.

In 2003, the group volunteering under NDH Liban created ALEF. It received its first institutional funding and hired its first part-timer in 2005. That same year, a series of political and social developments on a national scale marked a new phase in the civil society sector in Lebanon. ALEF began to engage in a series of internal capacity building and strategic planning activities, and work within the scope of two main programmatic pillars: monitoring and advocacy, and human rights education and outreach.

By 2006, the organization had expanded to include several full-timers and was working monitoring human rights violations during the 2006 war. In 2007 and 2008, ALEF received further funding support and produced several new projects, namely the Syrian Refugees Monitoring Unit (SRMU), the Annual Report, Solutions to the Syrian Refugee Crisis, the Child Lead Data Collection with the MANARA Network, and Youth Building Reconciliation, among others. Among ALEF’s most notable institutional partners are: PAX, the Foundation for Human and Humanitarian Rights (Lebanon), the Lebanese Center for Human Rights (CLDH), Arc en Ciel, Beirut Arab University, La Sagesse Human Rights Legal Clinic, Lebanese Center for Policy Studies, NABAA , Notre Dame University Louaize – Faculty of Law and Political Science, and others.