Elie Al-Hindy – President of the Board of Directors 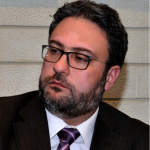 Elie Al-Hindy is an associate professor in the Faculty of Law and Political Science, at Notre Dame University – Louaize, Lebanon (NDU), and served previously as the Chairperson of the department of Government and International Relations (2011-2015). He earned his PhD (2009) in Government and International Relations from the University of Sydney – Australia on the topic of “The Right of Self Determination for Minorities: An Arab Perspective”. He has an MBA in International Affairs and Diplomacy and two bachelor degrees in Political and Administrative Sciences (2000) and in International Affairs and Diplomacy (1998).

Dr. Al-Hindy is an active member, trainer and consultant in many national and international civil society organizations. He has been also a human rights advocate for more than 15 years. He is currently the President of the Board of ALEF – act for human rights and the Director of the Middle East Institute for Research and Strategic Studies. Dr. Al Hindy’s previous work experience include the International Management and Training Institute (2002-2004); and tutoring (2005-2009) in the University of Sydney and Macquarie University. 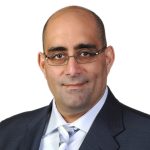 Dr. Elie Abouaoun is the director of Middle East Programs with the Center for Middle East and Africa at the U.S. Institute of Peace. Elie served until recently as a senior program officer for the Middle East and North Africa programs and the acting director for North Africa programs. Previously, he held the position of Executive Director at the Arab Human Rights Fund after an assignment as a Senior Program Officer at the U.S. Institute of Peace – Iraq program.

Prior to 2011, Dr. Abouaoun managed the Iraq program of the Danish Refugee Council (DRC) and worked as the program coordinator for Ockenden International-Iraq. He is a senior trainer and consultant with several local, regional and international organizations on topics such as human rights, program development/management, displacement and relief, capacity development, Euro Mediterranean cooperation; and is a member of the pool of trainers of the Council of Europe since 2000. Dr. Abouaoun regularly contributes to publications related to the above mentioned topics.

In 2001, he was appointed a member of the Reference Group established by the Directorate of Education-Council of Europe to supervise the drafting of COMPASS, a manual for human rights education. He further supervised the adaptation and the translation of COMPASS into Arabic and its subsequent diffusion in the Arab region in 2003. He regularly writes articles for the French speaking Lebanese daily newspaper L’Orient du Jour as well other publications in the Arab region. He is a visiting lecturer at Notre Dame University-Lebanon on the subjects of human rights, civil society, advocacy and at Saint Joseph University-Lebanon on the subjects of human rights and citizenship. Dr. Abouaoun serves as a member of the Board of Directors of several organizations in the Arab region. 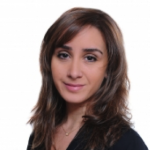 Darine El Hage is a regional program officer in USIP’s Center for Middle East and Africa based in Beirut, Lebanon. El Hage trains, mentors, and advises on organizational development, international human rights, refugee protection, humanitarian law, and NGO capacity-building related themes. Prior to joining USIP, El Hage was working for the Center for Victims of Torture (CVT) on its New Tactics in the Middle East/North Africa (MENA) Initiative, a capacity-building program for local human rights organizations in Egypt and Tunisia in human rights advocacy. There, she developed a monitoring and evaluation report for CVT’s programming in MENA. From 2010 to 2012, El Hage was the executive director of ALEF-Act for Human Rights, an NGO based in Lebanon focused on monitoring and advocacy of human rights violations and youth peacebuilding. She still serves as a board member of ALEF – act for human rights

El Hage has worked with several human rights organization in the Middle East and North Africa and international organizations on issues such as internally displaced persons (IDPs) and refugees in Iraq. El Hage was also seconded to the United Nations High Commissioner for Refugees in Iraq by the Norwegian Refugee Council.

Her academic qualifications include a B.A. in law, Master’s in Diplomacy and Strategic Negotiations and a LLM in Human Rights Law from the London School of Economics and Politics. 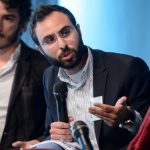 Mr. George Ghali is the Programs Manager at ALEF-act for human rights (ALEF), Lebanon. George held different positions at ALEF managing several projects on promoting protection mechanisms against arbitrary detention, the prevention of torture, the abolition of the death penalty, the Syrian Refugee Monitoring Unit (SRMU) and several other actions such as the Universal Periodic Review (UPR) and other national and International advocacy interventions.

George Ghali holds a BA in International Affairs and Diplomacy and finalizing his MA in Political Science – Human Rights from Notre Dame University (NDU), Lebanon. George authored and co-authored a number of refereed and non-refereed articles on several human rights issues with relation to Lebanon and the MENA region. His research interests focus on refugee protection, torture prevention and conceptual human rights analysis of current issues and conflict management.