Why financial assistance alone is not enough

The need for a comprehensive response to the Syrian refugee crisis

The European Union’s international conference “Supporting the Future of Syria and the Region”, better known as the Brussels conference (April 4-5), will essentially aim at assessing where the international community stands in fulfilling commitments made to address the Syrian crisis. As in previous ones, it oversees important elements that would foster a right based approach to the crisis, the lack of which is behind the flawed response of the host countries, in particular Lebanon. 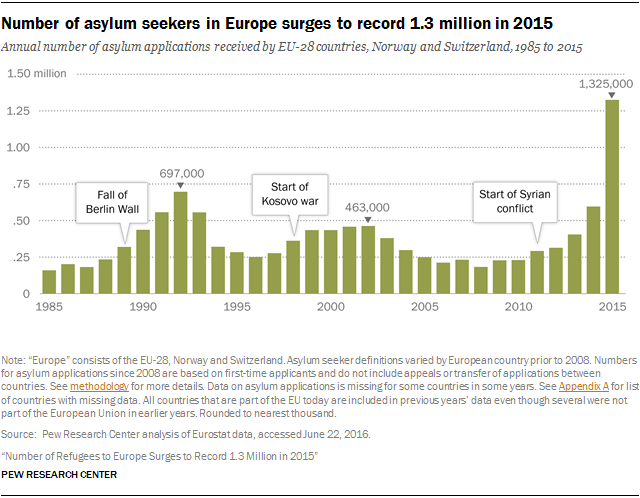 The talks in Brussels will focus on the additional efforts required to meet the growing needs of those affected by the crisis, reconfirm existing pledges, encourage additional support to people in need inside Syria and in neighboring countries as well as to the respective host communities, and finally highlight the support for a successful outcome of the UN led intra-Syrian talks. Obviously, the stated objectives of the conference fail to address the crucial aspect of durable solutions and effective demographic burden sharing. As a matter of fact, the scope of the crisis requires out of the box solutions. The traditional approach of providing host countries with humanitarian assistance, financial support, loans, and grants will certainly address some of the economic and social implications of the crisis but falls short of dealing with the political consequences, impact on social cohesion and the possibility of violent conflicts erupting in the future as a result of the demographic changes. Therefore, durable solutions should be on the table including short to mid-term strategies aiming at sharing the demographic burden of refugees, especially in the case of fragile countries such as Lebanon, where one third of the population is made up of refugees-Palestinian and Syrian.

Another consistent shortcoming by the International Community is the failure to address the ill-fitted policy options adopted by the host countries regarding migration, asylum, and refuge. While these host countries have every right to criticize the absence of a fair demographic burden sharing, they remain bound to the International Human Rights Law in dealing with refugee population. Discussions about the major protection challenges of refuges, including restrictive and discriminatory legal frameworks and state bodies practices are often avoided or postponed. In Lebanon for example, policies related to the Syria crisis remain oblivious of the current refugee situation the country faces, proposing regulations and ministerial decision not only failing to patch the gaps in protection but often creating more of them. The most glaring examples remains the suspension of birth registration (of Syrian refugees) which not only generate thousands of stateless individuals with ever-growing protection risks, but also catalyzes an enabling environment for the feared naturalization of refugees,.

By avoiding or deprioritizing such discussions, the International Community is just ignoring the accumulation of elements that will likely lead to demographic changes and violent conflicts. While humanitarian assistance is always needed and will never reach sufficient levels, the world should look at the crisis from a different perspective: the human rights one.

About the Author: George Ghali

Executive Director
Mr. George Ghali is the Executive Director at ALEF-act for human rights (ALEF), Lebanon. George held different positions at ALEF managing several projects on promoting protection mechanisms against arbitrary detention, the prevention of torture, the abolition of the death penalty, the Syrian Refugee Monitoring Unit (SRMU) and several other actions such as the Universal Periodic Review (UPR) and other national and International advocacy interventions.