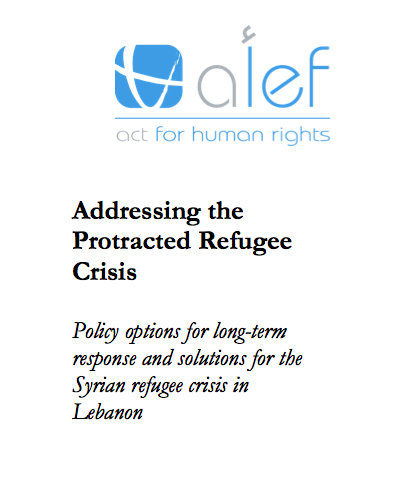 This paper seeks to analyse and present policy options for long term solutions to the Syrian refugee crisis in Lebanon. These options stem from rights standards, and take into account the political, social, and economic challenges that Lebanon suffers from, including those created or exacerbated as a result of the crisis.